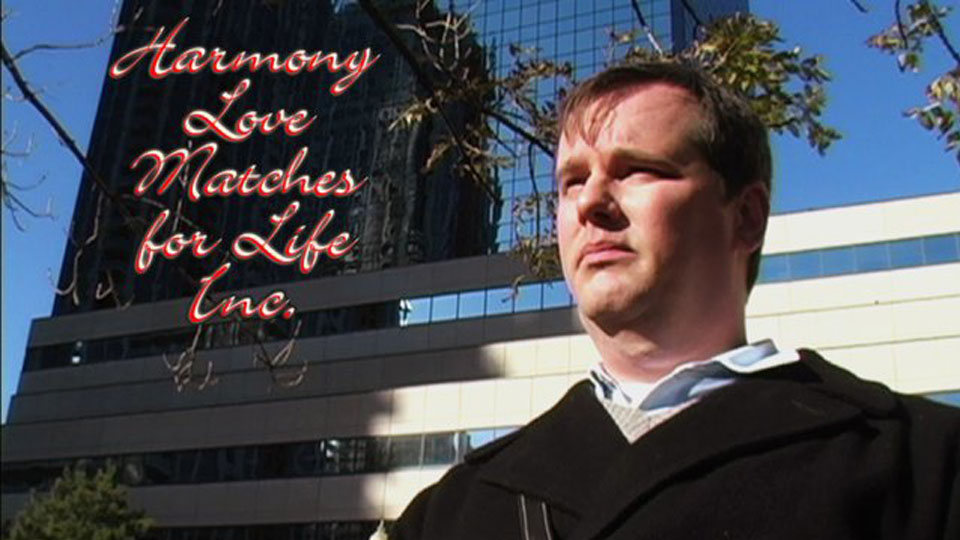 You didn’t really think we were an actual dating service, did you…?

One of BCP’s first original productions, Harmony Love Matches for Life Inc. was originally conceived as an entry into the 2008 PlanetOut Short Movie Awards. It was screened at the 2008 Great Lakes International Film Festival at which it was also nominated for Best Gay/Lesbian Short Film.

“The initial idea for this film came from a friend’s experience using an online dating service (I will let you decide which one), the result of which I will leave to your imagination. We shot this film one very stormy week in late November 2007, on location in Toronto, Canada. We were blessed with a very dedicated and talented cast and crew.” A lot of work, and a lot of fun, and Regan Latimer’s first short film.