About a week back, I had the privilege of taking part in a panel discussion hosted by Jill Golick and the Writers Guild of Canada, “Showrunning Your Web Series”. Jill is the mastermind behind one of my much loved fellow detective web series, Ruby Skye P.I.. Also taking part in the panel were two of my favourite web series creators out there, Scott Albert of Tights and Fights and Jason Leaver of Out With Dad. 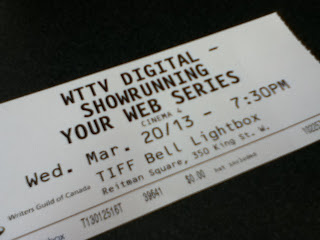 The event took place at the impressive TIFF Bell Lightbox theatre, a great location, not just for a discussion, but also to screen episodes from our series. Seeing B.J. Fletcher: Private Eye on the big screen never gets old. When you’re used to watching it via a YouTube size window, seeing your characters 10 feet tall is something to behold! 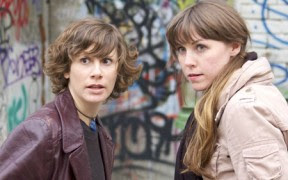 I was also excited to see the amount of people that came out to hear about the oft misunderstood world of web series production. It is absolutely an ever-expanding and growing industry and it was heartening to see the amount of people out there mulling over the idea of creating one of their own. I have to say, it was quite an informative night talking about our collective web series showrunning experiences, including funding, post production practices, social media integration, and the ever popular topic, the ipf. 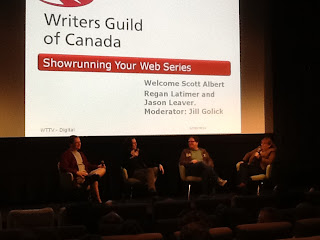 Big thanks to Jill for asking me to be apart of this panel! It was an informative and fun evening. If you missed it, but are interested in what was said and discussed, the WGC has posted an audio podcast of the event here.
« Oh hot? Oh Henry! » The Making of a Musical